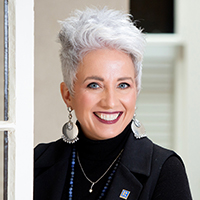 Bernice joined the firm in 2007 after a 24-year career in the real estate finance industry. Her last position was Vice President and Mortgage Lending Manager at First Financial Bank. She also served as a director of the Indiana Mortgage Bankers Association from 2003-2008, holding the office of Secretary-Treasurer for the last two years, and was a member of the Freddie Mac Community Lender Advisory Board.

Bernice is deeply invested in her community and has been recognized for her service with these awards:

Many community groups continue to benefit from Bernice’s leadership. She is a Director of the Terre Haute Regional Airport, Harsha Behavioral Center and Savera Geriatric Unit, Swope Art Museum, and Terre Haute Chamber of Commerce. Bernice is also a member of the Saint Mary-of-the-Woods College Community Advisory Board and the Home Builders Association of Greater Terre Haute.

Bernice is married to Troy and together, they have four children – Ryan, Abbe, Craig, and Sarah – with whom they love to spend time. 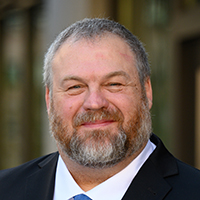 As a self-proclaimed “lifelong learner,” Roger can regularly be found in the classroom or online, honing his craft of real estate. He takes great pride in providing exceptional service to his clients, particularly in marketing properties and negotiating transactions. But he never takes himself too seriously. That’s why it’s rare to find Roger without a smile or quip.

Regarding education, Roger doesn’t miss a Keller Williams training event. He is a CyberPro®, which puts Roger in a group of international real estate professionals that are on the cutting edge of technology. Roger is a fellow and past moderator of his local REALTOR® association’s leadership academy—the MIBOR Real Estate Academy of Leadership, or REAL. and packs in as many classes as he can at National Association of REALTORS® conferences. Roger is a current member of the Indiana REALTORS® Leadership Academy with graduation slated for fall 2019.

MIBOR named Roger its REALTOR® of the Year in 2008, the same year he served as president of the association’s philanthropic arm, The REALTOR® Foundation. In 2016, Roger served as the MIBOR president. He was a National Association of REALTORS® Director from 2015-2018. In 2019, Roger was elected Treasurer of the Indiana Association of REALTORS®. Committee membership at all three levels is impressive.

Roger has a passion for travel, especially cruising. In 2018, he spent 32 days at sea and visited 19 countries. When at home, Roger enjoys baking and uses his collection of 38 Bundt pans to make his favorite cakes. 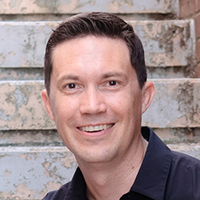 A second-generation REALTOR®, Andy began his real estate career in 2002 and is Co-Manager of the F.C. Tucker Emge REALTORS® office in downtown Evansville, a position he’s held since 2015. His real estate experience includes building, developing, and residential sales.

Andy enjoys volunteering with the Community Foundation Alliance, a nine-county organization that supports various non-profits in southwest Indiana through grant assistance. His roles have included positions on the Advisory Board and frequent chairing of the Grants Committee. Andy is currently the President of the Posey County Redevelopment Commission.

Andy earned a bachelor’s degree in Engineering from Purdue University. After graduation, he worked as a design consultant before finding his true calling of real estate.

Outside of his real estate career and community work, you can likely find Andy at Walt Disney World with his family, or running a half-marathon, or sometimes both.

Brian Thompson became a REALTOR® in 2005 and is the Sales Manager at F.C. Tucker REALTORS® in Bloomington.

Brian believes knowledge is power and is always striving to further his education on today’s real estate issues. He teaches orientation classes to all the new REALTORS® who join the Bloomington Board of REALTORS® (BBOR); and his dedication to education is reflected by the professional designations he has earned: Graduate, REALTOR® Institute (GRI), Certified Residential Specialist (CRS), and Senior Real Estate Specialist (SRES).

IAR and BBOR have benefitted from Brian’s leadership in many ways for many years. He was Local REALTOR® of the Year for BBOR in 2011, board president in 2012 and has a standout record of committee participation. Brian helped to set up the REALTOR® Foundation for BBOR, which is an organization that seeks to raise money which is used in the community for housing-related issues. He has also been recognized by his peers as an industry champion through his many awards. He is a past recipient of the Melody Martin Humanitarian Award and Marilyn Snoddy Above & Beyond Award.

Brian’s service at the state level includes the IAR Executive Committee, the IAR Board of Directors, state RPAC Trustees chairman, and chairing several committees over the years. He is one of the association’s top political advocates, known for his commitment to RPAC fundraising and serving as state representative on the National Association of REALTORS®’ Major Investor and Participation Councils. Currently, Brian serves as the Indiana Representative on the Realtor Party Involvement Program and became an RPAC Hall of Fame member in 2017.